Now, you know I took a little writing break over the past month.

In an excruciatingly ironic twist of fate, I took my break just as Mark Steyn returned to the Internet the radio and (very, very soonly) other newfangled technological modes of communicating with me us.

Did I write me?

LOL. OH SILLY ME!!! NOTHING STALKY OR STEYNFRAUISH ABOUT THAT.

NOW WHERE WERE WE???

Now is the time we must cue up the appropriate background music for this post (Nat King Cole and Frank's renditions for your listening pleasure).


I got the October Surprise of a lifetime when I got back to writing! I'm devastated.

What could this all be about?

Apparently, I am the last woman in North America (or possibly on planet earth, damn you, stupid stupid stupid Internet) to find out that Mark Steyn can be purchased for a measly $89!?!??!?!

I PLEAD WITH YOU KIND GODDESS, GAIA EARTH MOTHER TO SWALLOW ME UP WHOLE!

I've known for a long time just what Mr. Mark Steyn is, but I never knew the price.

Now is your chance to catch up on SteynStuff from October, there's a spot from the Oakley Show which contained a most excellent and pithy nugget about the nature of war against free speech and how the goal in politics nowadays is not to win the argument, but rather to ban the argument entirely.


Here's Steyn on America, in "Laws Are For the Little People":

"...I'm touchy about the corruption because I'm a foreigner and I've lived in countries with clean government. Perhaps I'm sensitive to the contempt in which a put-upon middle-class is held because I've spent much of the last year in wealthy first-world countries (France, Sweden, Germany) that are on the verge of implosion over their delusional immigration policies. But the indifference from influential conservatives to both the despair and the naked corruption is deeply disturbing."

And this cheerful, timely reminder: "The left is serious about power, and they don't waste time."

On Europe, "Descent into Evil":

"The hills are alive with the sound of child rape, but in the halls of justice, amidst all the celebrations of diversity, no one can hear their screams."

Speaking of that horrible Schama, you may or may not have heard that a well-known Israeli journalist has just resigned from all of his cushy gigs, having confessed to multiple episodes of some rather inappropriate behaviour, apparently confusing (alleged) sexual harassment with courtship-hey maybe that's the way they thing about these things in Europe now as well. Not surprisingly, Simon Schama was one of Shavit's biggest cheerleaders. Funny that. This piece by Seth J. Frantzman is well done.

The pathology of "overlooking" inappropriate behaviour is a pattern in America and in Europe. It would appear that the degree to which one is scrutinized and punished (by the media, the court of public opinion and by the judiciary) largely depends on one's political affiliation. This is something that Steyn pointed out when he asked several months ago what the difference was between Bill Cosby and Bill Clinton.

("What difference, at this point, does it make?")

I also quite liked this essay, there's too much good stuff to excerpt, but this nugget made me laugh out loud (a rather silly little Zionist snorty cackle if you must know):

"I'm not a PhD, but I think there should be a comma between "drugged women" and "you asshole"."

And there should probably also an exclamation mark after "asshole", or at least a measly period.

So do yourselves a YUUUUUUGE favour and catch up on all of October. 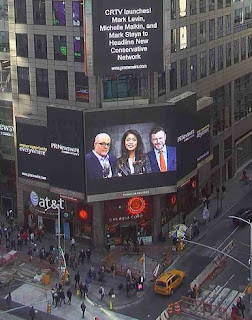 I've set up a Go Fund Me page to help me pay for the therapy that I need to get through the soul-crushing disappointment of missing the first ever, and probably only, public auction of Mark Steyn.

Any leftover money once I am fully cured, will go to a very good cause: The Suburban Zionist Hermes Scarf Fund (not a charitable organization, cannot issue tax receipts).

*reluctantly goes back to everyday life, resolved to slave away on her back-breaking work, day in and day out over a hot, steaming keyboard*