Best Two Stories on the Internet Today: The Best Restaurant In Rome, and One of the Nicest Cops in America.

Rome restaurant serves up new attitude toward Down Syndrome. 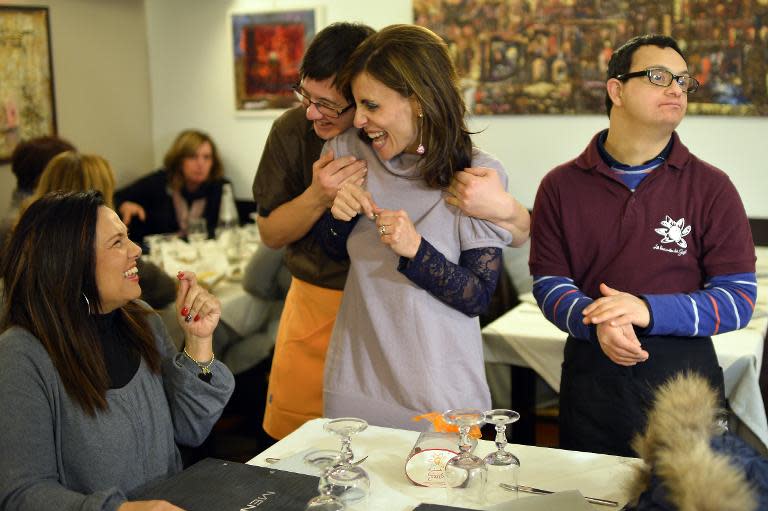 And if that didn't make you cry, then read about the American policemen who threw a birthday party for an autistic boy who thought he had no friends.

"Pearson's Facebook post continued to spread, getting shared more and more until it reached the eyes of Pamela Ryan, girlfriend of Cambridge Police Officer Steven Bikofsky."

"My girlfriend is sensitive to children with special needs," Bikofsky explained.

"She showed me this post and she said, 'Oh my God, this poor woman. She's asking for people to send her son birthday cards.'"

"As for Bikofsky, he said the bond between he and Logan definitely doesn't end here."

"He won't be forgotten. It's already on my calendar. We're taking him on as one of us."