“Bibi Netanyahu is an arrogant, deceptive, cynical, manipulative asshole,” wrote Simone Zimmerman, a former J Street student activist, in the March 3rd 2015 post. “Fuck you, Bibi … you sanctioned the murder of over 2,000 people this summer.”

"At a later date, Zimmerman edited the post, replacing “asshole” with “politician” and “Fuck you” with “shame on you.” The Free Beacon obtained screenshots of the original and edited posts." 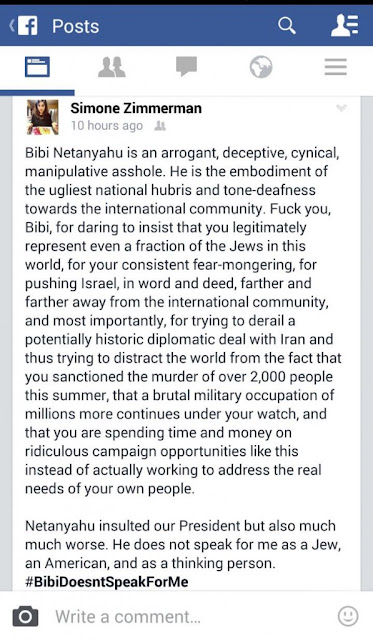